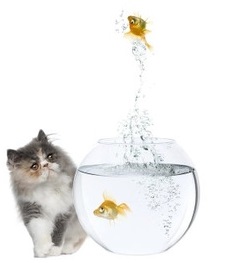 Posted by Alvin
· No Comments 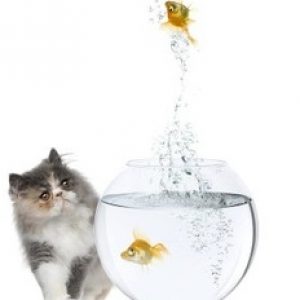 Energy is Energy. It can serve you or take you out or….. lack of it makes everything, yes, everything very hard. Compassion and caring go out the window when you are out of energy.

To be a true Maverick requires a knowingness, an ability to play with time and space. To stretch it, to work inside it, to change the very structure of your thought and feeling confines. To break not only out but through the restrictions most people experience. It is usually the insane and the mystics who have this capacity. Only one of these groups truly enjoys this vast terrain. Now it is your turn to claim this fearless knowing energy. How, you may ask? I want that, but how?

I want to share that with you, too. I am into True Success – not just Success, but Success beyond what most people define Success as. I am into radical, maverick exploring so you get to break out and through not down.

I want to share this story with you; it is a little bizarre. This is Maverick energy distorted into reign of scary. We can see this everywhere in the world right now. This is not what I want for you, but the flip side of this crazy is radically empowered.

I was rollerblading, as I do most days. I intend to do 10 hills and all the space between those five hills (do each 2 times) each day. Truth be told, some days it’s 8, and some days 9, and some days 12, but 10 is my target. This day, about 4pm, I was going down the steepest of the hills. I am very aware of traffic because I get to work with all the cars and intuit who will stop at stop signs and who won’t ,etc. There was a black SUV and it was coming up the hill I was going down. It kept coming over to my side of the street. Oh I should say there were cars parked on both sides. I just assumed it was either someone texting, talking on their phone or looking at their navigation. As he/she got closer they just kept veering into my side of the street till I was almost pinned between them and a car, their mirror almost impaling me in the diaphragm. At the last moment I was able to turn to my side and avoid it. Funny is, it wasn’t scary to me, just very odd. As I got to the bottom of the hill I looked up and saw that he (turns out to be a he) was still sitting at the stop sign. Then I saw him turn left. So I said to myself, “We will see when we get to the top of he is still around.” I looked to my left at the top of the hill when I got there, and there he was, parked at an angle about 3 feet from the curb in a red zone. I went up to him and said, “You are parked  a little far from the curb.” Funny that was the first thing out of my mouth; I was just feeling him out. His response was, “Yes.” I said, “You got a little close to me while I was going down that hill.” Again his answer was, “Yes.” I then asked, “It seemed like you were trying to hit me. Were you?” His answer was again, you guessed it, “Yes.” I asked, “Why?” His response was, “You should have been on the sidewalk.” The amazing thing about this odd conversation is it was very calm, sane and, yes, insane. I asked him if he had looked at the sidewalks in this area?  They are like many sidewalks in Los Angeles, torn up by tree roots. He said nothing. At this point I said, I need to report this to the police. I went to the back of his vehicle and got his license plate number. I did call the police and gave it to them. Why? Because I felt this man really needed some help. He obviously felt that whatever he saw or thought was the correct thing and he could act upon it with full conviction. Yet…. not based in connection nor compassion.

I want you to have the clarity, and kindness to act with full conviction on your knowingness. I also want your Maverick convictions to be based in connection, not disconnection; on love and not hate or fear; on willingness

How will you feed your Empowered Maverick Energy?

I love and bless you

This site uses Akismet to reduce spam. Learn how your comment data is processed.

Do NOT follow this link or you will be banned from the site! Top
Gurutej - Spiritual Leader and Master Kundalini Yoga Teacher